It’s like a Braille map, a fountain from the back,
a shadow trailing from a cast rosette,
a dream of Art Nouveau behind a lofty wall,
where heirs still fight amongst themselves
over what’s beautiful. And stone surrounds
white heather, boxwood, plumes of grass.

Here leaves creak beneath the metro steps.
About suffering, they trust the Old Masters.
The earth rumbles from passing trains below,
troubling the dreams of EU bureaucrats.
Weather from the Congo still rolls in,
Europe preoccupied, the evening sky all pink.
With music, minor incidents are remedied.
Mais la vie passe, mais la vie va ailleurs.

If where you are means anything to you,
here status pushes papers, and wealth sleeps.
All this shall pass. Eat an egg raw
(here truth tastes like raw eggs)
and note, dear traveller, how much they cost:
le rêve, le bureau et ce qui passe.

Even without weak wings or ill will toward the world,
Icarus would fall here. No one would inquire
about his myth or passport. Falling’s still
the art of leaves and rain, regimes
and bicyclists. Paint him with a Flemish brush,
his disappearing heels a hairsbreadth wide.
Maybe he lives in you, Montgomery:

Library of dust-jackets, park of quick encounters,
school for children from the circus, streets or sea,
tall church brightly scaffolded in bone,
the general lolling in his uniform of stone,
near the moving stairs to the Immobilière,
the roundabout with twelve-star hotel,
sgraffitoed home for trolling motorcars,
expansive empires, embassies on parade,
their coats of arms in transit: ce qui passe.

Polish poet Agnieszka Kuciak (1970) has translated Dante's Divine Comedy and the sonnets of Petrarch and is the author of the children' book Przygody Kota Murmurando (‘The Adventures of Murmurando the Cat') which enjoyed great success in Poland. The poetry collection Retardacje (‘The Latecomers', 2001) was lauded as the best Polish poetry debut of the new generation. With her sophisticated humour, reminiscent of Wisława Szymborska, Kuciak acquired a place in the ‘Polish Poetry School' where human experience and existential themes are a central concern. Kuciak lives in the Polish city of Poznan. 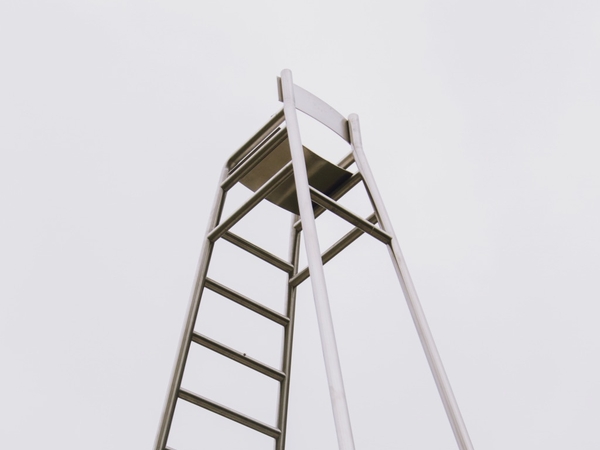 Peter Weidenbaum based his work on the hustle and bustle that characterises Montgomery. He designed an extremely high lifeguard’s chair in stainless steel. In the concrete surface to which the chair is attached there is a poem by Agnieszka Kuciak. In this way Weidenbaum invites the passer-by to imagine a bird’s-eye view of the city, to reflect on surroundings that are always in motion and to allow themselves a moment of tranquility.

Pixel words are to be found along the Canal, under the windmills and beneath the feet of passers-by.

view next location
or view all locations